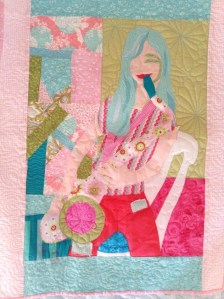 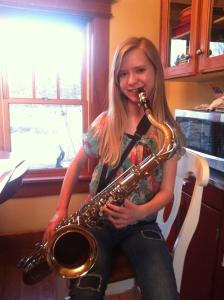 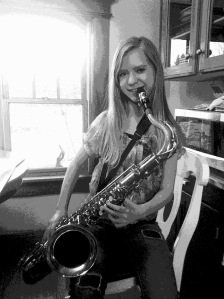 My talented granddaughter recently experimented with the alto sax.  (This proud grandma can’t avoid mentioning the fact that she is proficient on the flute, but I’ll refrain from listing her other wonderful talents and attributes, so that we can get back to the quilting.)  I liked this photo so much that I wanted to try a wall hanging from it.  Here is the process used:

While I enjoyed the process of this, my second portrait quilt, it has probably become just another chapter in my quilting education.  I am ever drawn onward to learning new techniques.  If another portrait quilt is attempted, I believe it will be more spontaneous and abstract.  But half the fun in this learning process is finding out what happens next!

Feel free to ask questions in the comment section, and I would love to hear about your quilting experiences.